Over the years, my portfolio website has gone through many changes. I always liked my website as simple as possible, with the possibility of editing my resume without opening the code. I have always preferred using HTML/CSS & JS to make websites if possible. I will, of course, use a proper SSG if the project needs it (mostly Hugo for blogs). I am also not against using some framework like React or Vue, but I only use them in projects with a huge number of components.

Also, although I know CSS, the quality of any design I make from scratch has an inverse relation with the number of components. Thus, I prefer using premade themes as a base and then customizing them to my needs.

The older version of my website used Astral theme from HTML5UP. I had customized it to some extent (not a lot, the theme was great but I never spent enough time on it). I hosted my resume on Github Gists and embedded it on the website. After some minor CSS changes, it looked as if it was part of the website itself.

There were a number of problems in that design, and I had to eventually change it someday. Among the problems, the things that I hated the most were:

I was always planning to fix these two issues, as soon as some inspiration struck me for the new design.

Inspiration for the New Design

The inspiration came when Florin Pop did a live stream on Twitch where he did a developer portfolio review. Among those portfolios, I found a design that I liked a lot. The said design was of CasperTheGhost’s portfolio website.

Before proceeding further, you should check out the website because I am going to mention different parts of it

After deciding on the design, I spent some time deciding how to make the website work. If I did minimal changes to the source, I would have to do a lot of changes manually and keep doing them manually in the future. I knew that I was going to add a variety of stuff to the portfolio which can change frequently, so having a CMS was a must. I decided that the CMS would make store all the data in JSON files somewhere in the code and I would load the data into HTML files.

For the loading part, I had two choices. One, I could use JavaScript and its fetch() method to load the JSON data. The advantage of this method is that no building or generating is required, and the files could be used as-is. The disadvantage, of course, was the effect on performance and that the website would have almost nothing that isn’t loaded via JavaScript. I had used this method a lot in the past but wasn’t too fond of it due to its disadvantages.

I finally decided on writing a Python Script that would act as my custom Static Site Generator. Jinja2 is a great Python module for generating files from templates. I had already used similar scripts in other projects of mine. This is a great way to add a common part (header, footer, navigation bar, etc) of code to a multi-paged website. I was also able to generate a multilingual web app using a similar technique.

Deciding to use a Python Script allowed me to make a lot of stuff editable from the CMS (Name, Open Graph Information, Colors, etc).

Before starting the work on the website, I had to decide what CMS I was going to use. I have previously used both Forestry and Netlify CMS, but only for Hugo Blogs. I wanted to use Netlify CMS because I could access it from mydomain.com/admin (I forgot how to access Forestry CMS once). No matter how much I tried, I couldn’t get it to work for editing single data files. I switched to Forestry and setup the required front matter and data files.

Since the whole website works on this data, I think it would be appropriate to define its structure first.

At the time of writing this, I have 5 different JSON files for various sections of the website.

Data from the Internet

Apart from the data which I am entering via the CMS, there were some sections that required the script to fetch data from different sources on the internet. Most importantly, I use the Github API data for the Open Source section, which lists the number of repositories (source) I have, the numbers of stars they have, and the number of forks I have. I use the Github API for the “Projects I Contribute to” Section as well. In its data file (foss-contributions.json), I am storing only the repository name of the items. The script then uses Github API to fetch the description, number of stars and forks of each project.

I also configured my blog to output a JSON listing recent blog posts along with their featured/open graph image. The script fetches this JSON file, then downloads the data for four recent posts, along with the images. The images are then resized to a smaller size and stored in a folder. Downloading the images, resizing them to a smaller size and converting them to WEBP format really helped in maintaining the performance of the website.

I wanted my website to be as lightweight as possible. To make sure I am doing everything right, I used the Lighthouse Test to check for errors, and get ideas for optimizations. Apart from issues that were fixable easily (missing attributes, missing icons, etc), the most important part of the optimization was to reduce the number & size of requests. As I already had minimal JS, I focused on optimizing the CSS files and reducing the number of requests.

Two Node Packages, PurgeCSS (to delete unused CSS, although there wasn’t much to delete) and PostCSS + cssnano (to minify and bundle the CSS) were more than enough to optimize the files. I added both of them to the Travis Build Process to automate it.

Also, Netlify does provide a feature to minify and bundle resources, which should also work similarly.

Apart from other places in the website, the “My Backpack” section heavily used Font Awesome. Font Awesome files are huge in size and each icon had a request associated to it. To overcome this, I stopped using Font Awesome the normal way (adding fa* fa-* classes to elements) and took advantage of using Jinja2 to import the SVG icons into the HTML wherever required. After generating the final page using Jinja2, all the SVGs are present as inline SVGs and are loaded as part of the HTML document. This removed the size of the helper script (approx 1.4mb) and removed a good number of requests. 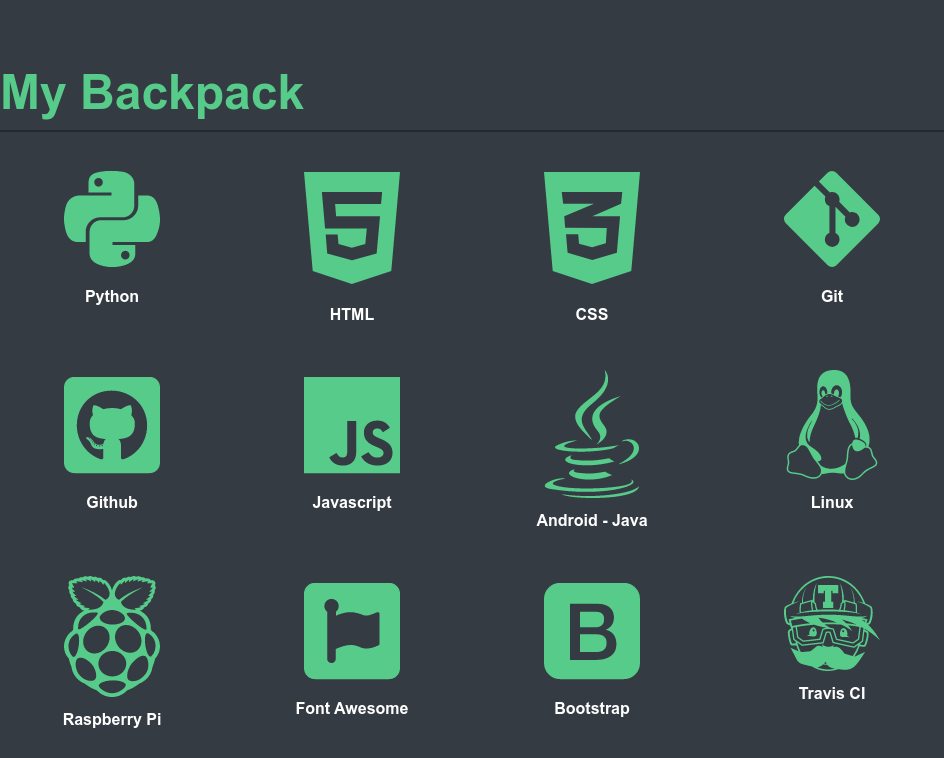 Screenshot of My Backpack Section

I originally used another Python script to generate Favicons but they were being requested numerous times during the page load. After some research, I came across this favicon generator site which generated beautiful icons and reduced the number of requests to just 2 requests. 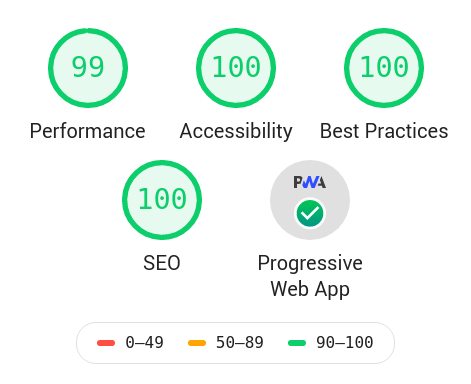